Harakat Ul-Ansar is currently known as Harakat-ul-Mujahideen and has been designated as a Foreign Terrorist Organization by the U.S. State Department since 1997. It uses different names to work around international sanctions and formed a new front in 2014 named Ansar Ul-Ummah.[i] 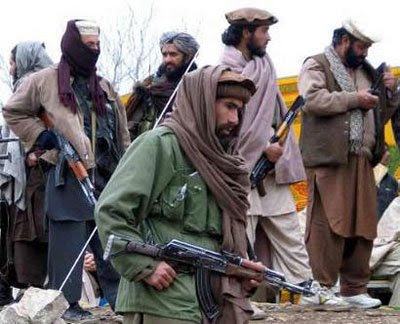 A 1995 U.S. State Department memo states that Harakat-ul-Ansar (now known as Harakat-ul-Mujahideen) had a “handful” of American Muslim recruits, estimating the number to be between 6 and 16 “who are adherents to a Pakistani pir.”

It then says a source identified that pir (a Sufi religious title) as named Wijahad Ali and located in Rawalpindi, but there is no publicly-available information about that.[ii] The only Sufi pir that fits the description is Sheikh Gilani and he is known to have had a presence in Rawalpindi. It is probable that a confusion in names occurred due the large number of titles and identities used by Gilani and his followers.

A State Department memo from 1995 states that Harakat Ul-Ansar is becoming more aggressive and kidnapped two British citizens in Indian-controlled Kashmir the previous year. It says that the group numbers between 2,000 and 10,000, many of which fought in the jihad against the Soviet Union in Afghanistan in the 1980s. It said that HUA claims to be active in Chechnya, Bosnia, the Philippines and Burma and its members believe in “permanent jihad.”[iii]

The 1995 memo said that many of HUA’s members previously fought alongside Jalaluddin Haqqani in Paktia Province in Afghanistan. Haqqani later went on to lead the Haqqani Network, a terrorist group allegedly backed by Pakistani intelligence and closely linked to Al-Qaeda and the Taliban. Haqqani died in 2014. It says that HUA is known for being essentially the “foreign wing” of the Sipah-e-Sahaba terrorist group that primarily targets Shiites.

The memo states that an unidentified party is using HUA to build political and financial support for Jamiat Ulema-e-Islam (F), an Islamist political party founded by Maulana Fazal-ur-Rehman. It accused this party of fundraising for HUA in order to “cash in” and steal money.

The U.S. State Department says HUA is linked to the Kashmiri terrorist group Al-Faran that kidnapped and executed five Western tourists in Kashmir in 1995. HUA is also responsible for hijacking an Indian airliner in 1999 in order to successfully demand the release of its former leader, Masood Azhar. He founded Jaish-e-Mohammed after his release and many HUA members joined his new group. HUA continues to attack Indian targets in Kashmir and operates in Afghanistan.[iv]

Last Updated: 6 years ago in Activities Abroad and Outside the U.S., Links to Other Islamist Groups